Quality vs Quantity: How Does Sitting on the Dedicated Docket Impact the Judging Process? 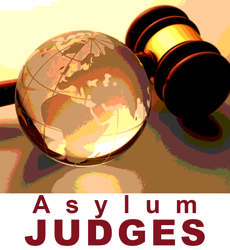 These are just a few examples from these 639 new reports covering asylum judging at all 65 Immigration Courts. These reports continue to be compiled by TRAC from the official court records on each decided asylum case. Reports are now updated to include data through FY 2022. [1]

A Natural Experiment Is Underway

Going forward, a changing environment is underway facing both asylum seekers and judges hearing asylum cases. The Immigration Court backlog of asylum cases waiting for decision has climbed to 771,236 as of the end of October 2022, with increasing caseloads for judges. [2] Wait times for many asylum seekers now stretch out for years, while others go to the head of the line through recent Biden administration initiatives such as the Dedicated Docket and the Asylum Officer Rule.

These new asylum initiatives are creating two very different streams of asylum processing queues. One queue is governed largely by long existing procedures, the second “fast track” queue is replete with deadlines designed to expedite hearings and the decision process.

During FY 2022, Immigration Judges decided on their merits 51,607 asylum cases in total. Differences in the outcomes emerging from these two distinct asylum queues is now mounting). [3] See Figure 1.

So has their relative growth in volume. Between the first three months of FY 2022 (Oct-Dec 2021) and the last three months (July-Sept 2022), the number of asylum cases concluded within 3 to 18 months has grown by 1,467 percent, rising from 431 to 6,755 decided cases. Cases completed in between 18 – 36 months, in contrast, have actually fallen – down by 55 percent. Those in the traditional queue taking over 36 months have grown by 78 percent. See Table 1.

Deciding asylum cases quickly means that a given judge can theoretically decide a larger number of cases during a year. While a high volume of decisions doesn’t necessarily translate into poor quality decisions,[4] not having sufficient time to ensure due process is adequately safeguarded obviously can. As former Immigration Judge Dana Leigh Marks back in 2009 noted: immigration judges are called upon to make decisions that can have life and death consequences, but in courtrooms that resemble traffic court settings.[5] If this was already a problem in the past, are judges under pressure to make too hasty judgments with rocket dockets?

Research on how the quality of asylum decisions — as distinct from just outcome — is affected by these new initiatives to accelerate the pace of decision making is sparse. Little beyond anecdotal reports exist about how Immigration Judges are coping with these accelerated dockets. More attention has been given to how rocket dockets impact families seeking asylum and their attorneys’ ability to adequately prepare their cases.[6]

Little attention has been given to their impact on the process of judging asylum cases faced by those assigned to this specialized docket.

There are now 37 judges who during FY 2022 have made at least 100 dedicated docket asylum decisions. We can see in Table 2 that judge-by-judge asylum grant and denial rates for these cases again vary markedly. The range includes Judge Thomas Ayze who denied 97 percent of asylum seekers appearing before him on the Dedicated Docket in Miami to a denial rate half that level (47%) of Judge Lily Hsu on the opposite coast assigned to the Los Angeles Dedicated Docket.

Table 2. Judge-by-Judge Asylum Decisions in Immigration Court Dedicated Dockets, FY 2022
* There were no judges on the Dedicated Docket in Denver, Detroit, El Paso, and San Diego who as yet have decided at least 100 asylum cases on their merits..
** This only includes decisions in cases where an asylum application was filed and ultimately decided on its merits. This excludes large numbers of asylum seekers. Those assigned to the Dedicated Docket had difficulty finding representation and without the help of an attorney most of them were unable to even file a formal application for asylum.

While sufficient time has passed to begin examining how judge-to-judge asylum denial rates vary within Dedicated Docket hearing locations, it is a more challenging proposition to try to isolate the impact of expedited proceedings on the judging process itself. Thus far, only three of these 37 judges made 100 asylum decisions in non-Dedicated Dockets that might allow comparisons. In two of these cases denial rates made by the same judge were higher on the Dedicated Docket than on the non-Dedicated Docket on which they also served. [7] The reverse was true for the remaining judge. [8] And simple comparisons like this don’t suffice. A myriad of other factors obviously impact the potential “worthiness” of the cases heard by the same judge in these two different settings.

But as the country heads full throttle into expediting asylum processes, how this is working needs continuing attention and discussion. Missing often in these debates are the views from Immigration Judges currently assigned to hear these cases, and on the impact this environment is having on them and the judging process itself. [9]

Attention is needed from all sides, including by the Biden administration, on how these initiatives are transforming the asylum landscape in the U.S. Research is sorely needed on how rocket dockets are altering how hearings are being conducted, along with why differences in outcomes now emerging from these two separate asylum queues are occurring.

Footnotes
[1]^ Included in this report series are judges who decided at least 100 asylum decisions at an immigration court they served on during fiscal years 2017 through 2022 (i.e., October 1, 2016 to September 30, 2022). A judge may have more than one report if they served on more than one Immigration Court during this period. These asylum decisions cover both affirmative asylum cases referred to the court by the U.S. Citizenship and Immigration Services (USCIS) as well as all defensive asylum cases. These reports do not cover affirmative asylum cases decided by USCIS.
[2]^ See Crushing Immigration Judge Caseloads and Lengthening Hearing Wait Times; Immigration Court Backlog Now Growing Faster Than Ever, Burying Judges in an Avalanche of Cases; Immigration Court Struggling to Manage Its Expanding Dedicated Docket of Asylum-Seeking Families.
[3]^ See 5,000 Assigned to the Immigration Court Dedicated Docket for New Family Asylum Seekers; Immigration Court Struggling to Manage Its Expanding Dedicated Docket of Asylum-Seeking Families; Unrepresented Families Seeking Asylum on "Dedicated Docket" Ordered Deported by Immigration Courts; and UCLA study by TRAC Fellows at https://law.ucla.edu/news/new-report-finds-children-ordered-deported-families-without-lawyers-and-other-gross-miscarriages-justice-biden-administrations-dedicated-docket.
[4]^ In this latest round of judge reports, for example, there were 33 judges who each decided over 1,000 asylum cases. Indeed, Judge Gary E. Endelman who sits on the Houston court decided a record 2,554 cases. He denied asylum to eight out of nine (89%). But other judges deciding over 1,000 cases granted the vast majority of asylum cases they decided. Because these reports covered FY 2017 – FY 2022 they reflect processing under the Trump and Biden administrations largely before the latest Biden fast track initiatives began.
[5]^“Immigration Court Needs: Priority Short List of the NAIJ,” October 2009, by Dana Leigh Marks, President.
[6]^ TRAC has published a series of three reports examining Court data on cases assigned to the Dedicated Docket. Families are having difficulty finding representation, and without representation removal orders are the common lot. See earlier footnote 3.
[7]^ Judge Thomas Ayze denied 97 percent of asylum seekers on the Miami Dedicated Docket during FY 2022, but 63 percent at the regular Miami hearing location. Judge Susan Phan denied 55 percent of asylum seekers on the San Francisco Dedicated Docket during this same period but denied asylum to just 44 percent of individuals at the regular San Francisco hearing location in FY 2022.
[8]^ Judge Lily Hsu denied 47 percent of asylum seekers on the Los Angeles Dedicated Docket during FY 2022 while denying 88 percent of the asylum seekers at the regular Los Angeles hearing location.
[9]^ Controversy surrounds even the ability of immigration judges to openly express their views. A suit filed back in 2020 claiming Justice Department rules prohibit Immigration Judges from speaking in their personal capacities about their work and other immigration issues are unconstitutional is still ongoing.
TRAC is a nonpartisan, nonprofit data research center affiliated with the Newhouse School of Public Communications and the Whitman School of Management, both at Syracuse University. For more information, to subscribe, or to donate, contact trac@syr.edu or call 315-443-3563.